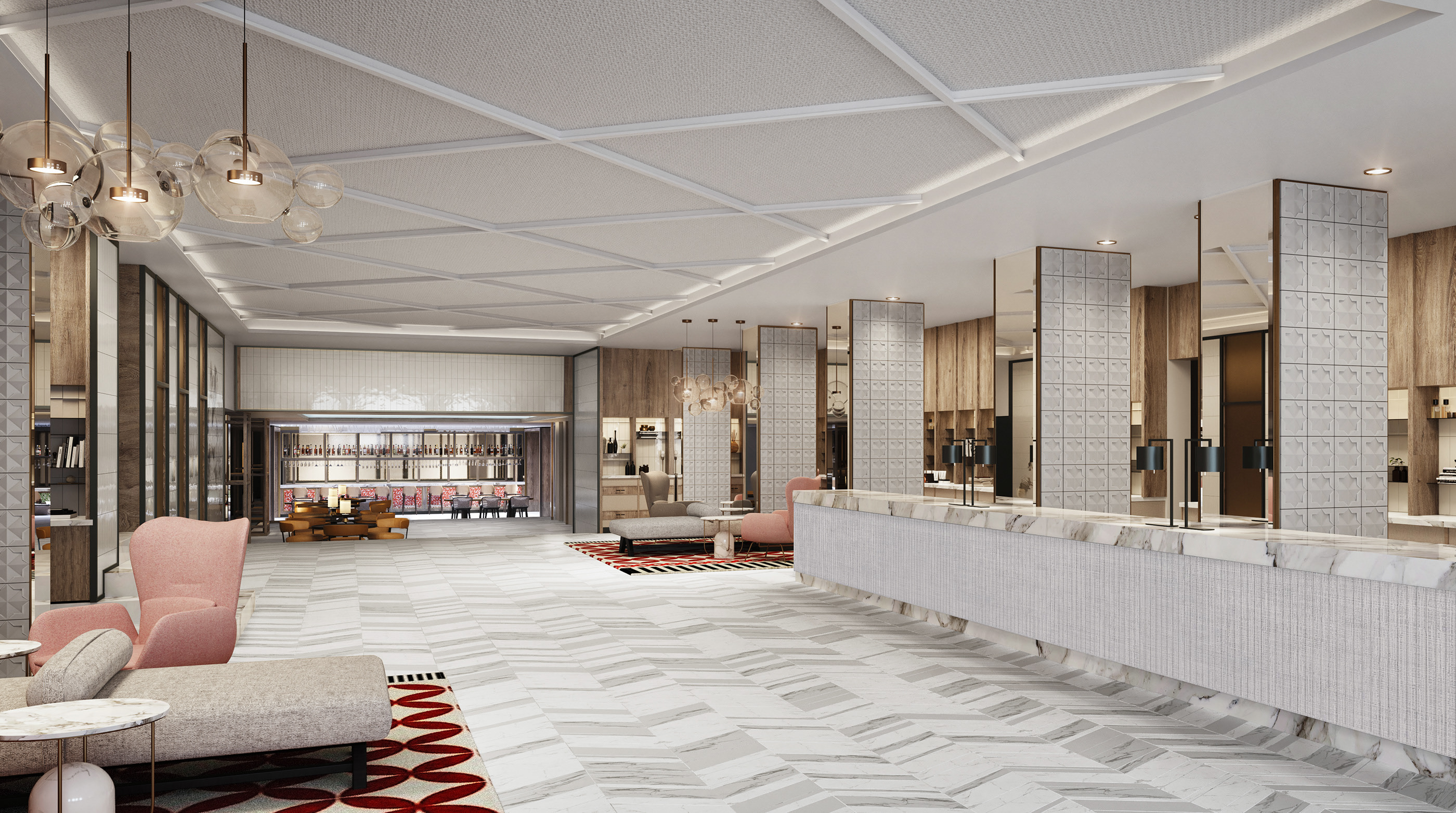 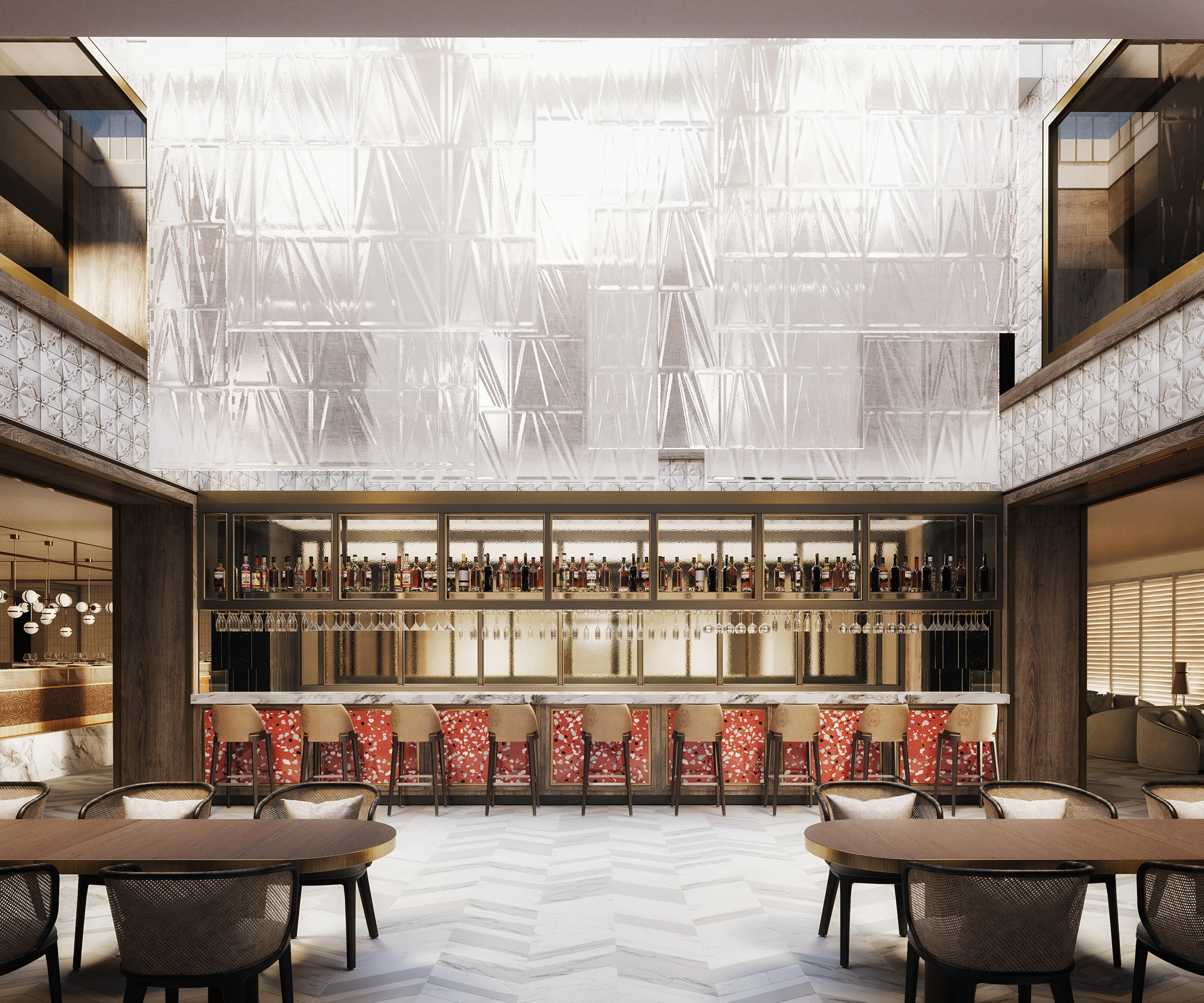 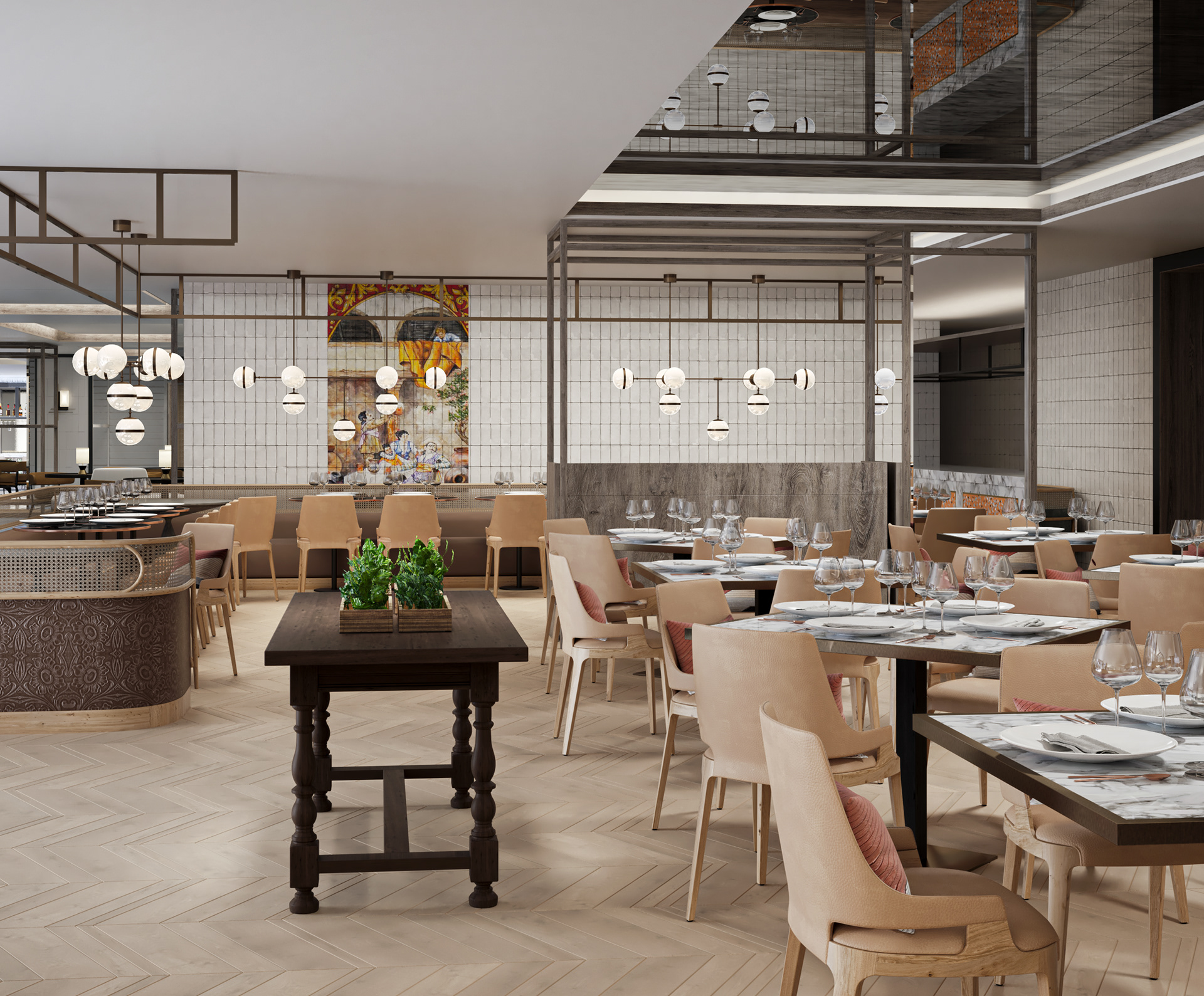 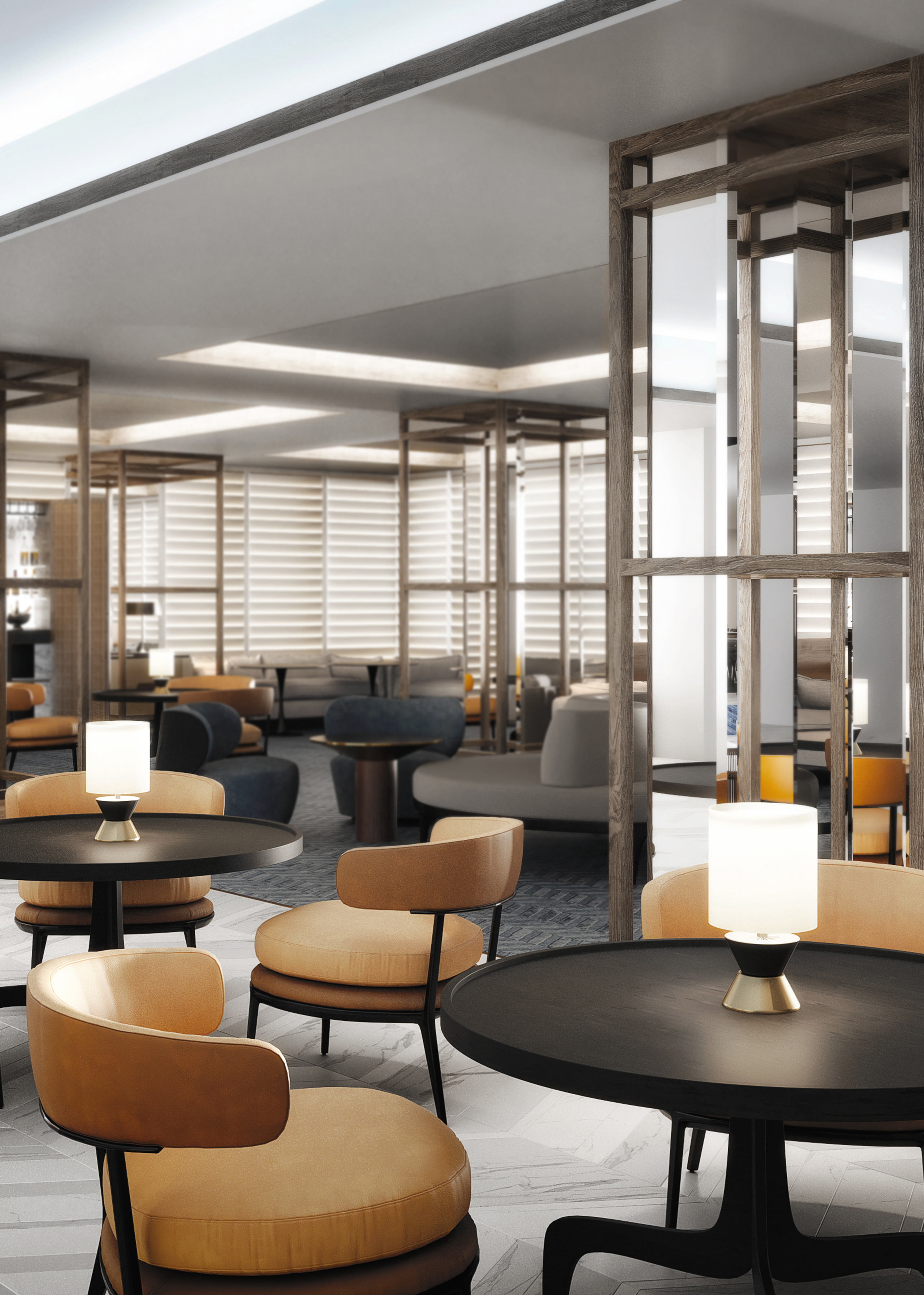 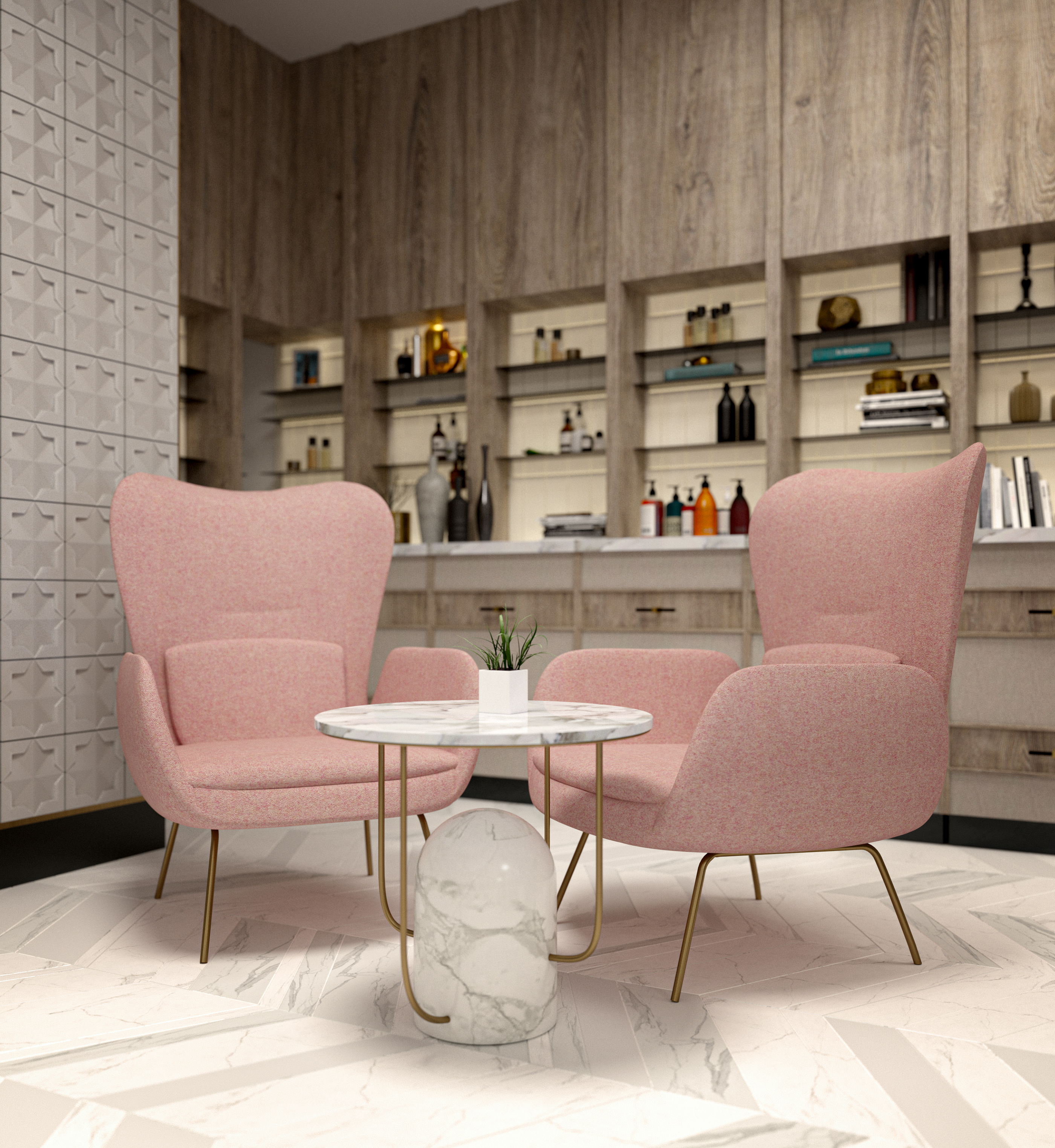 Every city in Spain has got its own idiosyncrasies. In Madrid, it’s said that people interact and move freely along its streets, under infinite skies, unlike in any other Spanish metropolis. The popular expression “from Madrid to Heaven” sums up the design concept that Brime & Robbins used for the Hotel Hesperia Hyatt Regency in the capital. The existing property needed a facelift with an injection of spontaneity, which was achieved with a general lightening of the interior finishes and with the incorporation of local materials and details. The spirit of enchantment can be found in the pharmacy-like botica or the sculptural reception desks. A new bar area brings old-world Madrid into the twenty-first century. The Hotel Hyatt Regency Hesperia Madrid is a whole world of sensations, where comfort, practicality and design take centre stage: you won’t find rooms like these at any other five-star hotel in Madrid.
For the 3D renderings of the hotel, we wanted to achieve a bright and cheerful atmosphere that reflects a chic air within the elegant and exclusive character of the rooms. A fusion that might initially seem contradictory, but when the images were finished, it became clear at a glance, offering a very attractive and unique appearance.